25 years ago, in 1995, we developed the world’s first portable MP3-Player.
The first prototype was a custom development for Siemens Semiconductor (now Infineon).
Siemens wanted a demonstrator for their new portable memory (MMC: MultiMediaCard). The idea was to replace the CD with ROM cards (ROS: Record On Silicon).

As Siemens was no longer in the consumer electronics business at that time, we decided to “jump into the cold water” and bring our own product to the market.

We first presented it at CeBIT Home in March 1997. The Korean company Saehan also presented the MP-Man, but our prototype was older. MP-Man was acquired by Diamond, a globally operating PC accessory company. Their Diamond RIO was perceived as the first commercially successful MP3 player.

Our second generation SP600, which was introduced in 2000, was widely accepted in the market. It offered two different card slots, MMC and CF (Compact Flash), and had video games included.
“Inventions for a better sound” was our slogan and the SP600 was the best sounding MP3 player on the market, which remained very small: Flash memory prices were high and as the SP600 was produced in Austria by Siemens the production cost was higher when compared to competing Asian products.
Even the first iPod, which was introduced in 2001, did not sell in large numbers at the beginning.
To obtain “legal” music via the internet was not easy.
The record labels did not want to open up their libraries until Steve Jobs introduced Apple Music.
However, this was too late for the PONTIS Electronic MP3 players. In 2001 the second round of funding failed, because one investor stepped out. The result of this was that the PONTIS MP3 business was closed.

The company restarted as PONTIS Media in 2002. The SP600 could now be produced at a lower cost and ca. 50.000 were sold in Germany alone. We also developed a music server, MS300, but it was again ahead of the market and sales were not successful.

Since 2005 we have not sold our own consumer products. We focus instead on the sale of software and hardware modules to High End HiFi brands.
Based on a chip from BridgeCo (part of Microchip) we offered the first streaming module that was suitable for the HiFi market. Together with StreamUnlimited from Vienna, Austria, we improved the BridgeCo software.
As the technology moved on and music streaming became increasingly popular amongst consumers, we did not develop a new proprietary streaming module. Instead, we operate as a partner of StreamUnlimited and continue to work in development for renowned HiFi brands. 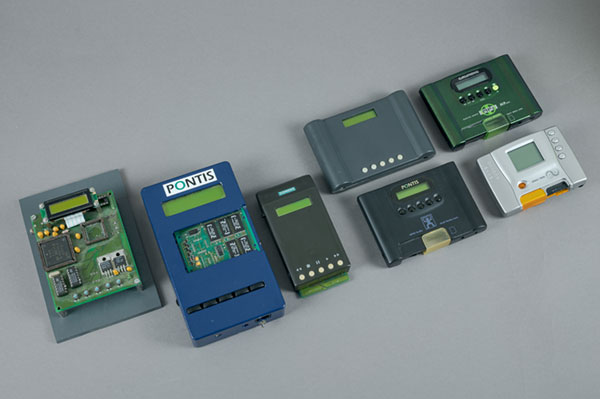 From the first prototype to the SP600